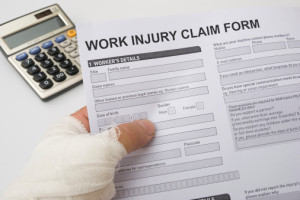 Don’t Tell OSHA Injury Was Due to ‘Careless Workers’

Telling OSHA that an injury was the worker’s fault is a sure way to get inspected, according to the head of the agency.

OSHA administrator David Michaels made the comment in a recent speech at a National Advisory Committee on Occupational Safety and Health (NACOSH) meeting.

“When employers say an injury was a worker’s fault, an inspection will likely take place,” Michaels said.

For the first 5 1/2 months of OSHA’s revised injury reporting rule, the agency received more than 5,400 reports of fatalities, hospitalizations, amputations and losses of an eye.

The agency doesn’t have enough staff to send an inspector to every company that reports one of these injuries. Michaels says they’re inspecting in 34% of cases – one out of three.

But OSHA is “engaging” with every employer that calls in a reportable injury. OSHA asks the employer to conduct its own inspection to determine causes.

That’s where the “careless employees” statements come in.

“Employers need to realize, in the words of James Reason, ‘human error is a consequence, not a cause. Errors are shaped by upstream workplace and organization factors … only by understanding the context of the error can we hope to limit its re-occurrence,’” Michaels said.

Michaels told the NACOSH meeting that the root cause of injuries is hardly ever the employee’s fault.

What does OSHA want to hear about after an employer has investigated an injury? These factors:

For those companies that feel they’ve flown under OSHA’s radar for years and will continue to do so, Michaels has news.

“These new reporting requirements enable us to work with many employers we previously had no contact with,” Michaels said. “In many cases, we didn’t even know they existed. We are hearing about issues and getting to workplaces we never heard about or got to before.”

But the new injury reporting requirements aren’t just about the penalties. Michaels says OSHA is now picking up on injury patterns through the enhanced reporting.

Example: After this year’s flooding in Texas, OSHA became aware of one death and two serious injuries due to storm cleanup. As a result, OSHA warned Texas businesses about electrical and other dangers of storm repair.

Are you in favor of OSHA’s expanded injury reporting that started Jan. 1, 2015? Let us know what you think in the comments.