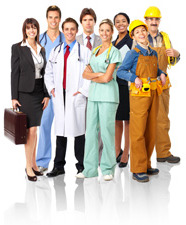 OSHA announced a final rule updating the agency’s recordkeeping regs, specifically updating when a workplace injury resulting in hospitalization must be reported.
As reported yesterday, the updated standard – Occupational Injury and Illness Recording and Reporting Requirements – NAICS Update and Reporting Revisions — got the OK from the Office of Management and Budget. Today, OSHA announced the final rule, which takes effect Jan. 1, 2015. States that have their own safety plans are encouraged to enact the rule by that date or as soon as possible.

The biggest change affecting safety pros involves reporting hospitalizations to OSHA. Under the new rule, employers are required to submit a report to OSHA within 24 hours whenever a workplace injury results in:
-an in-patient hospitalization of one or more workers
-an amputation, or
-the loss of an eye.
Fatalities must still be reported within eight hours.
Previously, companies only had to report fatalities or incidents that resulted in three or more workers being hospitalized within eight hours. Reports weren’t required for amputations or eye loss previously.

In a press conference announcing the new rule, OSHA chief David Michaels said these reports won’t result in a visit from safety inspectors in every case, but the agency is coming up with a process for deciding when to inspect specific reports. He added that these reports will be the start of a conversation between OSHA and the employer about abating the hazards that lead to the incidents.
All of these incidents will be added to OSHA’s reports of fatalities and catastrophes website.The reports will soon be able to be filed online, according to OSHA. 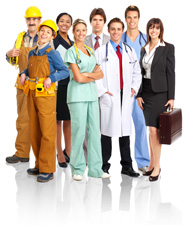