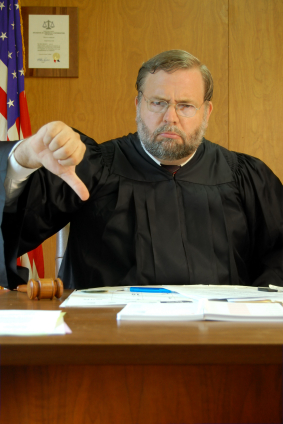 In what it believes to be the first time in OSHA’s history, a company has been found in criminal contempt for not allowing OSHA to inspect a facility after a judge’s order. Now a federal court has fined four people.

Martin Foundry Inc. owner Darrell Stone and three representatives from Compliance Professionals Inc., all based in Kansas City, MO, have been fined for disobeying an administrative search warrant issued by a judge to cooperate with an OSHA inspection.

Stone and the three consultants must jointly pay $10,778 to reimburse OSHA costs. Martin Foundry and Stone are also each liable for $1,000 in fines. The three consultants will each pay $2,000 fines based on a finding that they willfully impeded OSHA’s investigation and refused to comply with the warrant.

OSHA attempted to inspect the foundry March 27 after the Missouri Department of Health reported that an employee had an elevated blood lead level.

The inspectors returned later that day with U.S. Marshals. According to OSHA:

“Martin Foundry and Compliance Professionals persisted in obstructing OSHA’s investigators after the U.S. Marshals left the workplace. OSHA was only able to complete the inspection after U.S. Department of Labor and Justice attorneys initiated contempt proceedings.”

Stone told The Associated Press that OSHA “overreacted.” He says it was his blood that had excessive lead and that it didn’t come from exposure in the foundry – it came from regularly handling shotgun shells.

The foundry owner says he was cited by OSHA in 2013 for contaminated air at the facility, but he took steps to fix the problem. Stone says he changed to no-lead brass for the production of castings.

Exposure to high levels of lead may cause anemia, weakness, and kidney and brain damage. Each year more than 50,000 American workers die from occupational exposure to lead, asbestos and other substances.