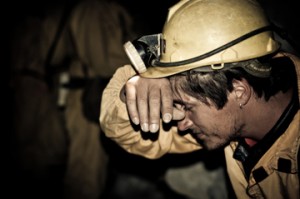 The risk of fatigue: How it affects workers and what to do about it

For workers expected to put in long, hard hours, fatigue is a very real safety hazard. The National Institute for Occupational Safety and Health (NIOSH) published a training resource aimed at reducing the risks for emergency responders and other workers in these situations.

According to NIOSH, taking preventative steps and catching emergency workers’ symptoms of fatigue can help cut down on safety risks. NIOSH said that during Hurricane Katrina, one third of the U.S. Coast Guard involved said that they were getting five hours or less of sleep every night, which tripled their risk for:

Getting between seven and eight hours of sleep each night is vital for workers’ mental and physical health, and not getting enough will result in sleep debt, which can only go away by catching up on sleep.

Trying to power through on little sleep just won’t work and could put your workers in danger.

How can you tell if your workers are fading from fatigue? NIOSH listed five types of signs to look out for:

How you can help

NIOSH recommended these tips to help emergency response workers combat fatigue while out in the field: