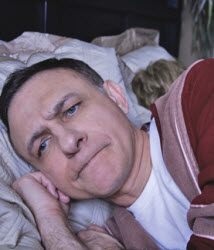 Workplace suicide numbers are heading in the wrong direction. What can you do?

Workplace suicide rates are climbing faster than rates for the general population. What’s behind this sobering statistic, and what can safety professionals do about it? Get insights here.

A new National Institute for Occupational Safety and Health (NIOSH) study concludes that occupations including protective services, farming and fishing, and automotive repair have the highest rates of workplace suicide. The study, published in the American Journal of Preventive Medicine, suggests training managers in the detection of suicidal behavior, especially among the high-risk occupations identified.

The authors point out that the suicides occurred while the individuals were at work and are categorized by the occupations in which they worked. This does not necessarily mean that the cause of a given suicide was related to the job itself.

From 2003 to 2010, there were 1,719 workplace suicides and more than 270,000 in the general population. During the period, workplace suicide rates remained relatively stable until 2007, when a large and significant jump was identified. This was in contrast with non-workplace suicides, which increased over the entire period. Among the workplace incidents, men had significantly higher rates than women. And as age increased, the number of suicides did as well.

Suicide rates for those in protective services, like police officers and firefighters, were three to five times greater than the overall rate for U.S. workers. One possible explanation for why certain occupations face an increased risk is access to lethal means, such as firearms for law enforcement officers.

Workplace stressors and economic factors have also been linked with suicide in high-risk occupations. According to NIOSH, the lines between personal and work life are shrinking. Mental health providers should be aware of the impact that occupational stressors can have on an individual’s risk for suicide.

Take these steps to help reduce stress for your employees

As an employer, there are steps you can take to reduce workplace stress. The mental health website http://www.helpguide.org recommends the following: